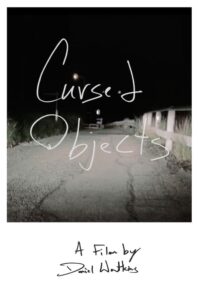 A landscape documentary about the Hillside Stranglers – a notorious serial killer duo that stalked suburban Los Angeles in the late 1970s. Like James Benning’s Landscape Suicide this film neither fetishizes the murderers nor foregrounds the victims. Instead, Cursed Objects concerns itself with the residual trauma that lingers in the locations where these crimes took place. An off-kilter, far too often forgotten, geography overlaps with the ubiquitous spaces of our lives.